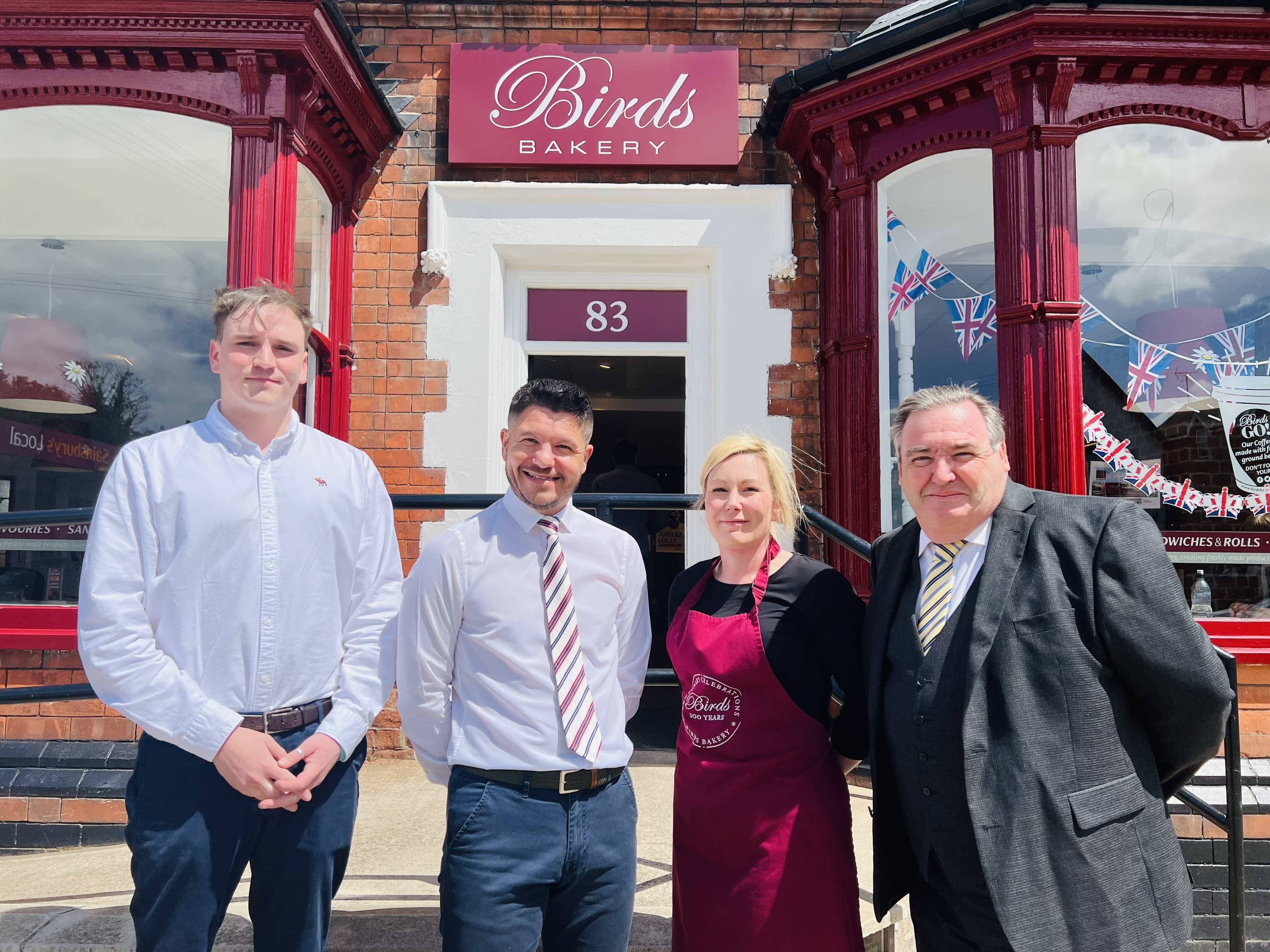 Birds Bakery has teamed up with a former Footman to The Queen to reveal some of the secrets behind hosting a party fit for royalty – including how Her Majesty eats her scones!

Steven Scott Kaye was a Footman to Her Majesty Queen Elizabeth II and also boasts the titles of Knight of the Order of Independence of Jordan and Royal and Etiquette Commentator. During his time at the palace, Steven was trained to the highest standards in personal service, performing a range of duties at all royal residences, which include laying the table, serving afternoon tea, valeting, sitting on carriage processions and even walking the Queen’s Corgis.

In the run up to The Queen’s Platinum Jubilee, Steven has teamed up with the East Midlands’ favourite family bakers Birds to offer tips on how to host a street party to royal standards, as well as revealing a few palace secrets.

How to eat a scone properly has always caused much debate – jam first? Cream first? Or just pile it all on? Commenting on how Her Majesty prefers her scones, Steven said:

“Cream teas have been served since the 11th century and are still a hot topic of conversation. But for her majesty it’s cream first!”

“Cucumber sandwiches are one of the Queen’s favourites, as are jam sandwiches on white bread cut into small circles. The late Duke of Edinburgh loved Battenberg cake, which was originally created as a wedding gift for Prince Louis of Battenberg and Princess Victoria to pay tribute to England's newest member of the royal family.”

“It’s been great to partner with Steven to bring some royal tips to our customers for Jubilee week.

“At Birds, we know a thing or two about longevity. With a proud heritage and over 100 years of history, we understand the importance of family and community. It’s set to be an amazing week and one where the whole country comes together to celebrate Her Majesty and her years of service.

“We know that lots of people across the East Midlands are ready for a party. Our Jubilee range has been flying off the shelves. Our Shortbread Corgis have been really popular and, of course, our classic scones – it will be interesting to see how many of us follow Steven’s advice and eat them the royal way.”

Steven’s top tips for hosting a party to royal standards:

-White linen tablecloths and white linen napkins are normally used in the palace. If the budget doesn’t stretch that far, try adding some royal flair by folding your paper napkins into The Prince of Wales Feather fold.

-Palace tea parties always use small side plates with a flowery pattern - preferably made of porcelain and bone-china. Don’t forget you can often find these at charity shops across the East Midlands.

-Use teacups with saucers if you’re serving tea. Again, you can pick these up at most charity shops if you don’t have any or ask a friendly neighbour.

-While we are talking tea, you should always add the milk afterwards, never before!

-For the perfect summer Royal Garden Party vibe, offer Champagne and strawberries and cream in addition to finger sandwiches and cakes. You can always find cheaper fizz alternatives at the supermarket.

-Sandwiches are best served as fingers as they are easier to eat, and cakes should be small and dainty.

-There’s nothing quite like enjoying a glass of Pimm’s with your guests gathered. Usually, it is made up with gin and lemonade and is served with plenty of ice, slices of cucumber, orange, apples, and strawberries, with sprigs of mint. But, if you are feeling royal, replace the lemonade with Champagne (prosecco works too!)

-Her Majesty always has a carton of potted shrimps on her afternoon tea table.

-Drinking from a wine glass or flute is always very precise in royal circles - always hold the stem of the glass, not the bowl of the glass.

More tips from Steven, including video tutorials, will be available on Birds Bakery’s Facebook and Instagram pages throughout the week in the run up to the Platinum Jubilee celebrations.

Birds has 62 stores across the region. Many Birds products, including those in the Jubilee range can also be ordered online and delivered to buyers’ homes using either the Birds By Post or Birds At Home delivery services.

For all your queries about Birds please get in touch on: 01332 361 316
or you can email at: getintouch@birdsofderby.co.uk